We produced this outlet mall with one of the world’s leading real estate investment management firms in 2005.

“Rera” means wind in Ainu, an indigenous people of Hokkaido, langage and this is an open-air mall where you can enjoy fresh breeze of Hokkaido. It’s the neighborhood of Shin-Chitose Airport which is a gateway to Hokkaido, and easy to access from anywhere of Hokkaido. It has all conditions of success such as location, trade area, distance, and scale.

At the first phase, 95 stores were opened in a vast land of 34,000
tsubos, and 4.5 million customers came in the first year, which greatly exceeded the targeting number. At the second phase which was opened in April 20, 2007, new 50 stores including import luxury brands and popular multi-brand stores were opened. The number of stores became 1.5 times bigger than the first phase, and it became one of the Japan’s leading outlet malls. 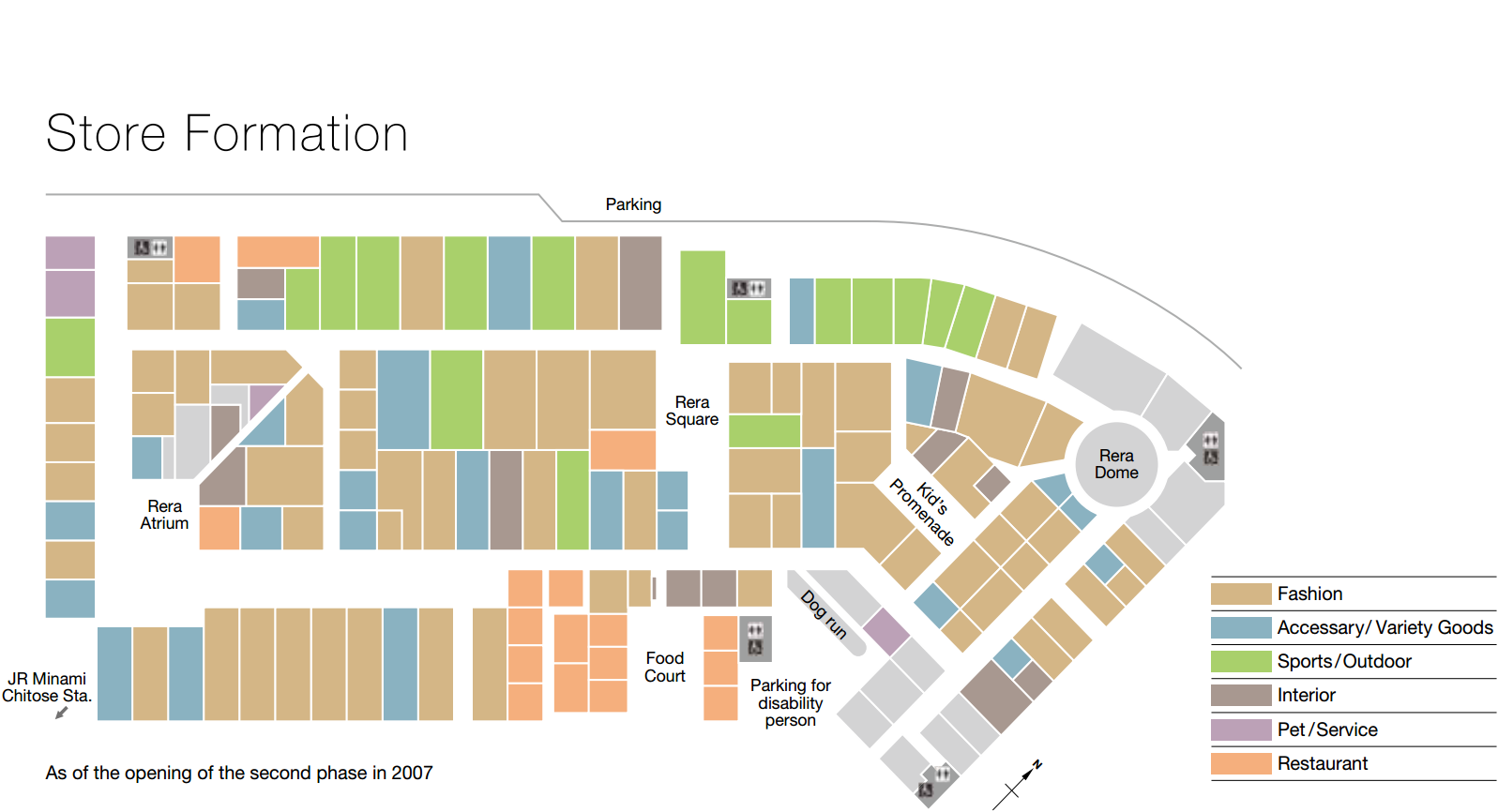